There aren’t very many shows that can stand the test of time. We all have our favorites, but there is always that one show that brings back nostalgic feelings. Here are the ones that had me fighting over the channel changer. 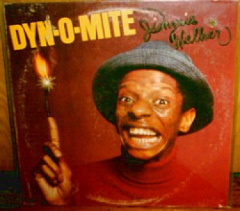 I don’t think there’s a person alive that doesn’t remember J.J. and his blue fisherman’s hat.  He was definitely the star of the show and no matter how much drama was going on in the ghetto; he always had a way of making us laugh through it.

Lucy and Ricky were the best team ever to hit the TV stage. Every episode was funnier than the last. Lucy’s facial expressions never got old and there was a natural comedic magic going on that no one could ever forget.  My favorite episode was when Lucy was squashing grapes with her feet to make wine.

Along with Seinfeld, I believe that George, Elaine, and Kramer made the show amazingly funny. Each one of them added their own spin that allowed everything to come together and become a great show that lasted for years. No matter how many times I watch it, it still makes me laugh, especially the soup episode.

These four women were hilarious. Dorothy made the show for me. The stone-faced glares she gave the other women when they did something wrong always made me laugh. Between Rose’s naivety and Blanche’s lust for men, I could never get enough of the show, and Sophia was the sweetest, yet feistiest, of them all. 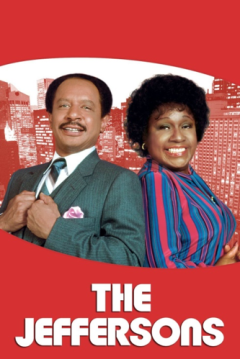 Who knew that a cranky smart aleck like George Jefferson could be so funny? In every show he said or did something that added so much spice, and I loved how his wife, Weezy, always put him in his place. His neighbors, Tom and Helen, were also hilarious and knew how to handle him. But no one could tell him off better than his maid, Florence.

Will moves in with his rich Uncle Phil and Aunt Viv in order to stay out of trouble. It was funny to watch him get accustomed to his new lifestyle and the way he joked around with his cousin, Carlton. The entire cast made the show special, and I never tire of watching it.

This is my favorite show because it’s about four friends who hilariously deal with their dating lives and what its like being a New Yorker. Carrie is the star, and her dating life added so much comedy. What I love the most is how relatable the show is. We all go through the same pitfalls when dating, and yet it’s never quite as funny as it is on the show.

Shina James is the author of LIKE A DREAM and MONSTROUS TIES, which are both available on Amazon as well as multiple retailers. She is currently working on the final book in the LIKE A DREAM series, WAKING AMELIA and can't wait to share it with her readers. While residing in Texas, she loves spending time with her husband and two kids.
View all posts by shinaj1 →
This entry was posted in TV and tagged classic tv, comedy, sitcom, Television, television show, tv show. Bookmark the permalink.