We’ve all seen a scary movie or two in our lives. The scariest ones haunt our dreams and we somehow never forget how loud we screamed when the monster appeared out of nowhere. The thrill of it keeps us coming back for more. Check out my top horror movies.

I don’t know about you guys, but this movie made me hate dolls for a while. When a murderer put his soul into a doll, all hell breaks loose and the doll goes on a killing spree. There were moments where I was scared, and other times I would scream at the TV for someone to realize it was a doll.

Freddy Krueger became a household name in the eighties. I loved these movies and watched them all countless times. Imagine falling asleep and having to run from a murderer who can end your life for real. The movies had scary moments, but I was more entertained because even though Freddy looked scary, he made a lot of jokes.

Twelve year-old Jason Voorhees dies at Crystal Lake camp because the camp counselors were negligent. Years later, the camp is reopened and welcomes students, but someone starts to murder the inhabitants. They find out later that Jason is somehow a monster who goes on a killing spree. There are quite a few movies to this franchise and I had a lot of fun watching each of them.

Okay, this supernatural legend named Candyman can be summoned by saying his name five times in the mirror. By doing so, Candyman will appear and kill the person with a hook. Helen learns very quickly how true the legend is after saying his name. She ultimately suffers the consequences of her decision. This movie is very scary. I remember screaming at the sound of his voice in the movie theater.

An Alaskan town preparing for their annual thirty days of night gets invaded by vampires. Many of the people of the town are slaughtered. A sheriff and a few others are fighting to save their lives along with what’s left of the town, but things get way out of control and fatal decisions have to be made. 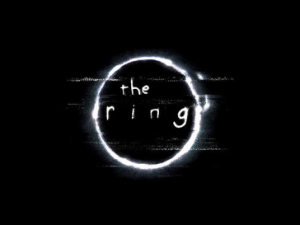 Teenagers spread an urban legend that if you watch a tape, you’ll die seven days later. No one really believes it’s true until strange things start to happen. All of the kids who have watched it have died after seven days. I was really creeped out by this, because that long-haired little girl scared the crap out of me. That is why this is my number one pick.

Shina James is the author of LIKE A DREAM and MONSTROUS TIES, which are both available on Amazon as well as multiple retailers. She is currently working on the final book in the LIKE A DREAM series, WAKING AMELIA and can't wait to share it with her readers. While residing in Texas, she loves spending time with her husband and two kids.
View all posts by shinaj1 →
This entry was posted in MOVIES!!, Uncategorized and tagged film, horror, monster, movie. Bookmark the permalink.